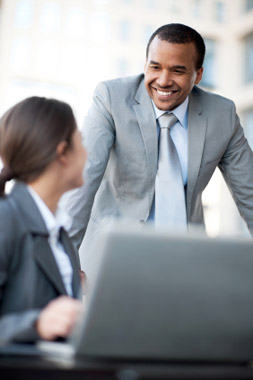 Numerous state and federal laws prohibit discrimination in employment based on, among other characteristics, race, sex, creed, national origin, age and religion. To prove illegal discrimination, an employee in one of the covered categories must demonstrate unequal treatment with respect to similarly situated individuals. An allegation of unequal treatment by an employee must be supported or “proved” with evidence that the employment decision was made for discriminatory reasons.

Title VII of the Civil Rights Act of 1964

Title VII of the Civil Rights Act of 1964 (42 U.S.C. § 2000e, et. seq.) prohibits discrimination based upon race, color, religion, sex, or national origin with respect to hiring; compensation; and terms, conditions or privileges of employment. The statute also prohibits limiting, segregating or classifying an employee or an applicant for employment in a manner that deprives the person of employment opportunities or affects the person's status as an employee. The United States Equal Employment Opportunity Commission (EEOC) enforces the law.

Title VII does not constrain the University from hiring, promoting, rewarding, terminating or otherwise distinguishing among employees on the basis of job-related qualifications, including seniority, merit pay, promotion and tenure policies. Institutions retain the right to hire, promote, reward and terminate employees as long as their decisions are not based upon race, color, religion, sex or national origin. Title VII remedies include reinstatement, back pay, damages and attorney's fees.

Title IX of the Educational Amendments of 1972 prohibits sex discrimination by the University as a recipient of federal funds. The law is administered by the United States Department of Education. Regulations adopted by the Department contain provisions on employment that are very similar to the EEOC's Title VII guidelines. Persons alleging discrimination under Title IX may be awarded both compensatory and punitive damages.

The Equal Pay Act prohibits employers from discriminating against both male and female employees on the basis of sex by paying different rates “…for equal work on jobs the performance of which requires equal skill, effort, and responsibility, and which are performed under similar working conditions…” (29 U.S.C. 206(d)) Exceptions exist where the difference is due to a bona fide seniority system, merit system, a system which measures compensation by quantity or quality of production or a differential based on a factor other than sex. The law is enforced by the EEOC.

Equal Pay Act claims are subject to the “equal pay for equal work” requirement. Title VII of the Civil Rights Act of 1964 also prohibits sex discrimination with respect to compensation, but is more lenient than the Equal Pay Act because it only requires that it be comparable, and does not require strict equality, in jobs. The courts have experienced great difficulty in determining whether legitimate factors, e.g., performance standards and market factors, are truly legitimate or whether they are tainted because the reasons underlying the factors were tainted.

Section 1981 (42 U.S.C. § 1981) is a post-Civil War civil rights statute that, like Title VII, guarantees persons of different races equal rights. However, back pay awards under Section 1981 are not limited to two years as they are under Title VII. Furthermore, the statute of limitations for actions under Section 1981 is longer than under Title VII and does not limit compensatory and punitive damages as Title VII does. Title VII requires a complaint initially to be made to the EEOC, while Section 1981 claims are enforced solely through court action. As a result, claims alleging racial discrimination are often filed directly in court under Section 1981.

Section 1983 (42 U.S.C. § 1983) provides additional remedies for individuals who allege that their civil rights were deprived by persons acting as a governmental official, that is, under “color of law.” Individuals may receive both compensatory and punitive damages, as well as attorneys’ fees.

Title I of the Americans with Disabilities Act (ADA) (42 U.S.C. § 12101) prohibits employment discrimination against “qualified” individuals with disabilities in all conditions of employment: job application procedures, hiring, firing, advancement, tenure, compensation, training, layoff, leave and fringe benefits. Title I of the ADA is enforced by the EEOC although individuals meeting certain requirements are permitted to institute independent legal action.

The Age Discrimination in Employment Act (ADEA), 29 U.S.C. § 621, et.seq. makes illegal refusing or failing to hire, discharging, limiting, segregating or classifying employees in a manner that deprives or tends to limit employment opportunities or status as an employee because of such individual’s age beginning at forty. The United States Supreme Court has ruled that state sovereign immunity bars individual ADEA claims against the state; however, the EEOC may file suit against the state on behalf of an individual. Age discrimination is also prohibited by state law.

It is important that your complaint is handled correctly from the beginning. There are steps you must take to notify State or Federal agencies of your complaint or you may loose the right to file a law suit later.